Ceramsite is a silicate product with a certain density and a bulk density less than 900kg/m³, which use an inorganic material such as shale, clay, coal gangue, fly ash, etc as raw material, after batching, granulating, and calcining at high temperature. It is featured with low density, light weight, low water absorption, good heat insulation, earthquake resistance, frost resistance and corrosion resistance, widely applied in the construction, environmental protection, chemical and horticultural industries. In construction applications, ceramsite is divided into ultra-light ceramsite, ordinary ceramsite and high-strength ceramsite. High-strength ceramsite can be used as a lightweight aggregate to support light aggregate concrete or components. Ultra-light ceramsite produces light aggregates, which used for building insulation.

At high temperature, the pellets balls melt and get suitable viscosity and surface tension. At the same time, the internal chemical reaction occurred and released gas. The gas acts on the molten liquid phase, generates pores and swells. After cooling, the surface is a dense and hard glaze, with a closed porous structure inside. Two conditions for ceramsite expansion: 1) the molten liquid phase has a suitable viscosity and surface tension at the expansion temperature; 2) it can produce a sufficient amount of gas at the same time. The main phase composition of sludge is clay minerals and organic matter. Clay minerals are the main mineral components of calcined ceramsite. A large amount of gas is generated when organic matter is burned. 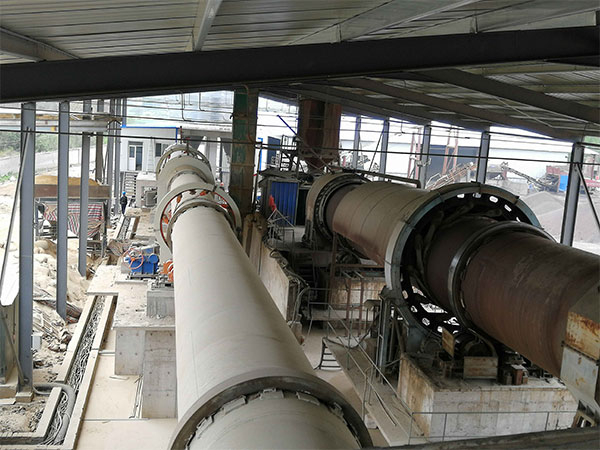 Research and Development of Sludge Ceramsite

The research and development of sludge ceramsite has gone through two stages:

This stage is mainly undertaken by environmental engineering majors in colleges and universities. The main research content is the swell mechanism of sludge ceramsite, proportion test, calcining system, product performance etc. The research at this stage has basically formed the basic theoretical system for the ceramsite burning with the addition of sludge, and drawing the following conclusions:

1.2 The roasting temperature of ceramsite is generally around 1200 ° C. All organic matter in the sludge is decomposed. Pathogens, parasites, etc. are killed by high temperature. Harmful heavy metals are fused to ceramsite at high temperature. Leaching toxicity can meet the control value of heavy metal pollutants for agricultural land from "Soil Environmental Quality Standards". The disposal of sludge is complete, harmless to the environment, and will not affect the performance of ceramsite products.