Acidizing roasting: the roasted material is cooled down by the cooling section and discharged from the kiln head, and then is naturally cooled and ground by a ball mill to a particle size of 0.074mm or more, and then transported to the acidizing roasting kiln tailings silo, and then passed through the feeder and The screw conveyor is added into the acid mixing machine and mixed with concentrated sulfuric acid (above 93%) in a certain proportion (the concentrated sulfuric acid is based on the excess of 35% of the lithium equivalent in the baking material, and each ton of baking material needs about 0.21t of concentrated sulfuric acid), and then add acidizing roasting. In the chamber, at a temperature of about 250 to 300 ℃, the closed acid roasting is carried out for 30 to 60 minutes. Li2O is combined with SO42- to form water-soluble Li2SO4 to obtain acidified clinker.

Leachate purification: When the baking material is acidified and roasted, in addition to alkali metal reacting with sulfuric acid to produce soluble corresponding sulfate, other iron, aluminum, calcium, magnesium, etc. also react with sulfuric acid to produce corresponding sulfate. Although part of the impurities in the clinker can be removed during the leaching process, the remaining impurities remain in the leaching solution and need to be purified and removed to ensure product quality. The leaching solution is purified by alkalization and decalcification. The leaching solution is alkalized with an alkalizing agent lime milk (containing CaO 100-150g/L), and the pH value is increased to 11-12, so that magnesium and iron are hydrolyzed into hydroxide precipitates. Then use sodium solution (containing Na2CO3 300g/L) to react with calcium sulfate to produce calcium carbonate precipitation, so as to remove the calcium in the leaching solution and the calcium brought by the alkalizing agent lime milk. After the alkalization and decalcification slurry is separated from liquid and solid, the obtained solution is purified liquid, the ratio of calcium to lithium is less than 9.6×10-4, and the filter cake is calcium slag, which is returned to sizing and leaching.

The primary crude lithium and the secondary crude product attachment liquid contain impurities such as Na2SO4, and then use purified water to stir and wash at about 90 ° C, and the washing liquid is sent to the preparation of alkali. It is dried by a far-infrared dryer, and the iron wire scraps and other sundries dropped by the dryer are removed by magnetic separation.

This project mainly increases the production capacity of battery-grade lithium. From the perspective of the overall production process, battery-grade lithium and industrial-grade li are basically the same. The difference is that the process control conditions of the two sections of evaporation and precipitation are different, that is, when the purification liquid is evaporated and concentrated, the specific gravity of the finished liquid at the end point is measured by a hydrometer and the flame The photometer measures the Li2O concentration in the finished liquid to ensure that the final concentration of the finished liquid is within the range of process requirements; when lithium is deposited, the different openings of the adjustment valve are displayed through the electromagnetic flowmeter to control the feeding speed, and the frequency converter is used to adjust the motor speed to control the stirring speed of the stirrer . The above process control conditions are all key technologies of the company.

The completed liquid obtained in the baking and leaching section is subjected to metathesis reaction with calcium chloride solution, and after the reaction is completed, CaSO4·2H2O is separated and sent to be processed to obtain CaSO4 products. After separation, a LiCl dilute solution is obtained, and β-type-active Al2O3, Na2CO3 and NaOH solutions are added in turn to remove SO42-, Ca2+, Mg2+ and other impurities in the LiCl dilute solution, and then the concentration of LiCl is increased to 400-500g/L by evaporation and concentration. , carry out cooling filtration, separate solid NaCl, and obtain LiCl concentrated solution. The concentrated LiCl solution is transported to the refining kettle, and the company's self-produced refining agent (the company's patented technology, inorganic components, no toxic and harmful heavy metals) is added to carry out a replacement reaction with Na+, and the Na+/LiCl ratio in the reaction end solution is controlled to be less than 30ppm. After separation, the LiCl completion liquid is obtained, and finally, the complete liquid is spray-dried to obtain an anhydrous lithium chloride product with uniform particles. 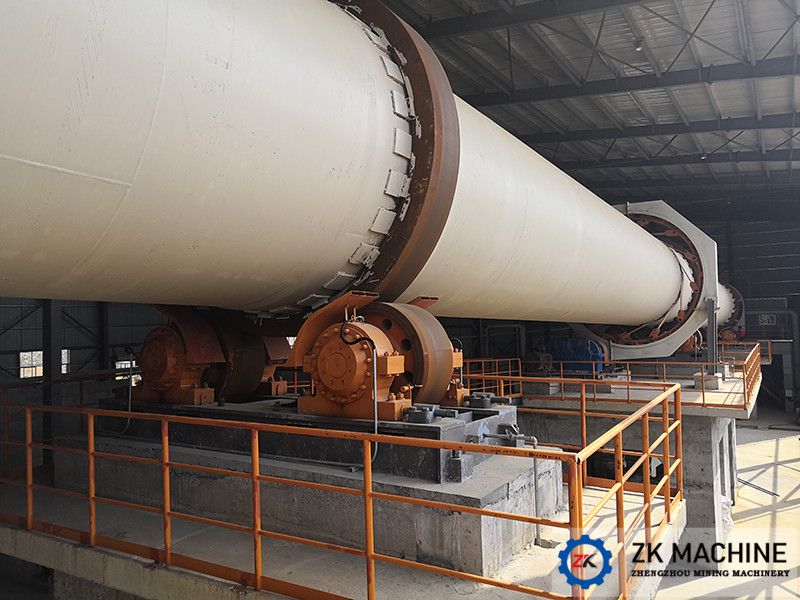 Our professional team will reply to you as soon as possible.